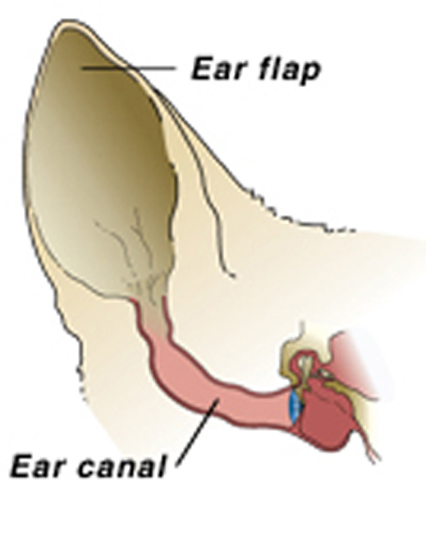 What is an aural haematoma?

A haematoma is a large blood blister which results from rupture of a small blood vessel with resulting haemorrhage between the skin and cartilage usually on the inner aspect of the ear. Rupture of the blood vessel is usually caused by the cat itself violently scratching its ears or shaking its head most commonly due to infestation with the ear mite (Otodectes cynotis).

The lesion is usually noticed quite suddenly and in most cases has obviously developed quite quickly. The swollen ear flap is obvious and the cat shows discomfort caused by the now very heavy flap by holding the ear outwards and may even tilt its head to the affected side. It is an uncomfortable rather than painful condition.

What does treatment involve?

An operation can be performed to remove the blood clot and close the space between the skin and cartilage using special sutures which will prevent another haematoma forming.

Whatever caused the cat's ear irritation must be diagnosed and specific treatment prescribed otherwise the problem will tend to recur. The commonest cause of ear irritation is an ear mite infestation but other ectoparasites, such as fleas, allergic diseases and masses or foreign bodies in the ear canal can sometimes be involved.

What happens if a haematoma is not operated on?

If a haematoma is left untreated the blood in the ear flap will separate into serum and a clot and will gradually be absorbed over a period of 10 days to 6 weeks. Unfortunately some scarring takes place during this process and causes deformity of the ear flap resulting in a "cauliflower ear".