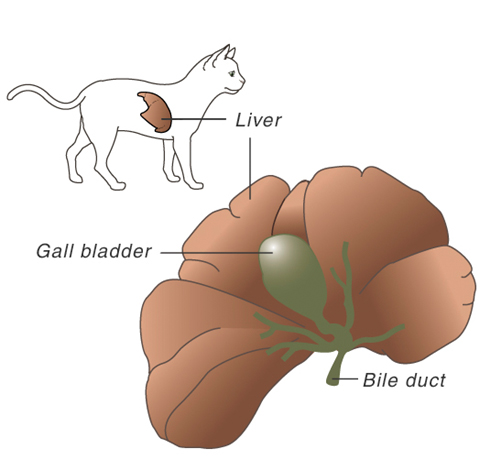 The liver is a vital, complex organ which performs a number of crucial functions, principally involved with metabolism and is sometimes termed the "factory of the body" which controls many of the chemical processes necessary for normal bodily function.  For example, the liver manufactures many essential substances, such as proteins, bile and blood clotting factors, plays a role in controlling the metabolism and use of food substances - fats, carbohydrates and proteins - as well as removing many waste substances and potentially damaging drugs or chemicals.

Therefore liver function can be affected in many ways and a diverse range of clinical signs can develop.

What signs will you notice in a cat with liver disease?

Some signs raise a strong suspicion of liver disease - most notably jaundice which appears as yellow discoloration of the skin, eye and mucous membrane, and ascites, which appears as distension of the abdomen due to build-up of fluid.  These are often accompanied by less specific signs which can be quite variable including lethargy and malaise, changes in appetite, weight loss, vomiting and diarrhoea.  These may be the only signs noted in some early or mild cases of liver disease. 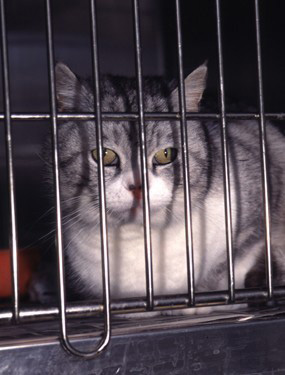 How is liver disease recognised?

In mild or early cases of liver disease the signs are often relatively non-specific and further investigations will be necessary to identify its presence.  Since the liver is responsible for such a diverse range of metabolic functions there is a wide range of blood and urine laboratory tests which can be used to assess liver disease.  These tests may also play a role in diagnosing liver disease as the cause of jaundice and ascites since both these signs may be caused by diseases not involving the liver.  X-rays and scans may also be of help by showing any changes in the size or appearance of the liver.

A wide range of disorders may affect the liver resulting in abnormal liver tests and there can be considerable overlap in the signs that cats affected with these different diseases develop.  In some cases a specific diagnosis depends on microscopic examination of a small biopsy of the liver which may be important in deciding on the most appropriate treatment.  Only a small fragment of liver is needed for the biopsy and this can be collected using several different approaches.  This may involve introducing a biopsy needle through the skin directly into the liver or via an exploratory operation.  Which technique is used will depend on a number of factors.  In any animal there is always a slight risk associated with anaesthesia/sedation and biopsy.  This risk may be slightly increased with some forms of liver disease.  Nevertheless the technique can be performed safely in most patients without any significant complications. 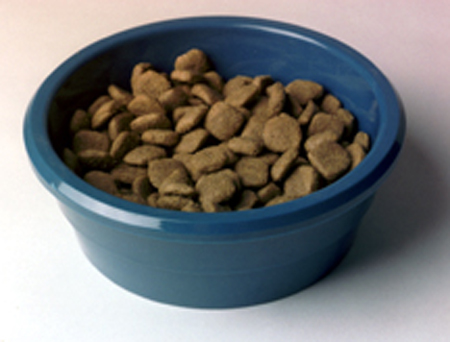 Specific treatment for the particular liver disease will depend on what liver disease is diagnosed.  Some supportive measures may also be recommended in some cases.  Adjusting the diet may be one measure.  The traditional view is to provide a diet which “reduces the load” on the liver which is involved in the metabolism of most major food substances.  However, the most appropriate way of doing this in cats in not clear.  Reduction of protein intake can be beneficial for some liver problems but some protein intake is essential and the overiding priority is that the cat should eat something.  Palatability may therefore be a major consideration in the choice of food for cats with liver disease that have a poor appetite.  High quality protein is important.  Carbohydrate levels should be minimised but the benefit of reducing fat levels in the diet which is recommended for most other species with liver disease, is questionable for cats.  Special prescription diets have been formulated for cats with liver disease and you may be asked to feed your cat one of these.