These notes are provided to help you understand the diagnosis or possible diagnosis of cancer in your pet. For general information on cancer in pets ask for our handout “What is Cancer”. If not already performed your veterinarian may suggest certain tests to help confirm or eliminate the diagnosis, and to help assess treatment options and likely outcomes. Because individual situations and responses vary, and because cancers often behave unpredictably, science can only give us a guide. However information and understanding of tumours in animals is improving all the time.

We understand that this can be a very worrying time and we apologise for the need to use some technical language. If you do not understand anything please do not hesitate to ask. 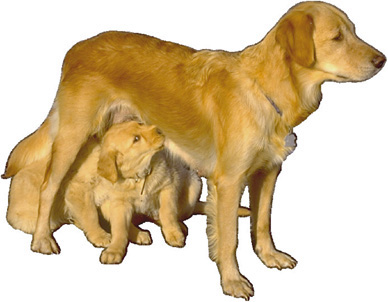 What is this tumour?

This is any tumour originating from the mammary gland tissues. Most tumours of this type are cured by total surgical removal but a few progress to malignancy in time and start to spread to other parts of the body (metastasis). A dog may have multiple tumours in different mammary glands.

What do we know about the cause?

The reason why a particular pet may develop this, or any cancer, is not straightforward. Cancer is often seemingly the culmination of a series of circumstances which come together for the unfortunate individual.

Cancer is non-lethal genetic damage of cells (mutations in the DNA genome). Some animals have a genetic tendency to develop cancer and this risk increases with increasing age. However, sex hormones are the most important single factor increasing the risk of these tumours developing in dogs. If the ovaries and uterus are removed (ovariohysterectomy or speying) at an early age, there is less risk of these tumours developing. Conversely, giving dogs female sex hormones increases the incidence.

Cancer induction is a multistep process and some tumours stop before becoming true cancers. Hyperplasias and dysplasias of the mammary glands are due to hormonal disturbances. They are still influenced by hormones. Some progress to become freely proliferating entities without function (benign cancers) and a few may become invasive and spreading (malignant cancers).

In some species of animal, viruses are important factors in inducing mammary cancer but, as far as we are aware, this is not true in dogs.

Why has my animal developed this cancer?

Some animals have a greater tendency (genetic susceptibility) to cancer. Some breeds have far more cancers than others, often of specific types. The more divisions a cell undergoes, the more probable is a mutation, so cancer is commoner in older animals. These tumours need hormones to start growing and some benign ones will regress if the source of the hormones is removed.

Are these common tumours?

These are very common tumours in female dogs, mainly in middle-aged to older animals. They are rare in male dogs.

The incidence of mammary tumours is between eight and twenty six percent when dogs are spayed after the first oestrus but spaying females before first oestrus reduces the incidence to 0.5%, so this will affect the probability of your female dog having further tumours.

How will these cancers affect my pet?

The most obvious effect is a lump or multiple lumps in the glands. Some tumours produce secretion (clear, milky or blood-stained fluid which may be expressed from the teat). Benign tumours rarely ulcerate or bleed but large tumours may lose some of their blood supply so parts of them die or have physical effects on the surrounding structures. Inflammation and secondary infection are possible with pain and general signs of illness.

How are these cancers diagnosed?

Clinically, these tumours are often diagnosed by the typical appearance. Accurate diagnosis of the type (and therefore how it will behave) relies upon microscopic examination of tissue.

Cytology, the microscopic examination of cell samples, is not an accurate method of diagnosis for this group of tumours. The diagnosis, prediction of behaviour (prognosis) and a microscopic assessment of whether the tumour has been fully removed rely on microscopic examination of tissue (histopathology). This is done at a specialised laboratory by a veterinary pathologist. The piece of tissue examined always needs to include the edges of the lump. Examination of the whole lump will indicate whether the cancer has been fully removed.

The histopathology report typically includes words that indicate whether a tumour is ‘benign’ (non-spreading, local growth) or ‘malignant’ (capable of spreading to other body sites). These, together with the origin or type of tumour, the grade (degree of resemblance to normal cells or ‘differentiation’) and stage (how large it is and extent of spread) indicate how the cancer is likely to behave.

What types of treatment are available?

The commonest treatment is surgical removal of the lump. Sometimes this is just the lump and sometimes the whole gland and draining lymph node are removed. Many glands and lymph nodes may be removed if there are several tumours.

Speying (ovariohysterectomy) early in life reduces the incidence of cancer. Speying at the time of tumour removal does not affect growths that are already cancerous but can make some hyperplasias disappear. It is unlikely to prevent further tumour development

"Speying (ovariohysterectomy) early in life reduces the incidence of cancer. Speying at the time of tumour removal does not affect growths that are already cancerous but can make some hyperplasias disappear."

Both canine and human tumours are hormone dependent but the hormones involved are different. Some medical hormonal treatments used in women therefore induce cancers in dogs rather than curing them.

Can these cancers disappear without treatment?

Speying does not affect established cancer or prevent recurrence but removal of the ovaries makes most hyperplastic lesions regress.

Development of cancer is a multi-step process so it may stop at some stages. These benign cancers have the potential to progress to malignancy, some rapidly and others taking months or years. As they have this potential, early surgical removal is always recommended.

Very occasionally, spontaneous loss of blood supply to the cancer can make it die but the dead tissue will still need surgical removal. The body’s immune system is not effective in causing this type of tumour to regress.

How can I nurse my pet?

Preventing your pet from rubbing, scratching, licking or biting the tumour will reduce itching, inflammation, ulceration, infection and bleeding. Any ulcerated area needs to be kept clean.

After surgery, the operation site similarly needs to be kept clean and your pet should not be allowed to interfere with the site. Any loss of sutures or significant swelling or bleeding should be reported to your veterinarian.

If you require additional advice on post-surgical care, please ask.

How will I know how the cancer will behave?

Histopathology will give you the diagnosis that will indicate the type of tumour and how it is likely to behave. However, there is significant variation between animals in their response to tumours and the probability of further tumour development.

Any lesion may be inflamed (mastitis) and a few lumps are solely due to inflammation.

Benign non-cancerous growths are either hyperplasias (overgrowth) or dysplasias (abnormal growth). These  include growths arising from the epithelium that normally produces milk (lobular or epithelial hyperplasia, occasionally called adenosis), growths that include the connective tissue between the glands (fibroadenomatous change or fibroepithelial hyperplasia), and growths due to expansion of the ducts which take the milk to the teats (cystic ducts, ductal ectasia or hyperplasia). In women, fibroadenomatous change is a risk factor for development of mammary carcinoma and in cats, most hyperplasias progress to neoplasia. However, the situation in dogs is less clear and some hyperplasias disappear on speying and no cancers develop.

Benign mammary cancers are adenomas. Some arise only from the milk-producing epithelium (simple adenomas). Others include mammary tissues such as the myoepithelium and connective tissue between the glands. These adenomas have a number of different names and the structure may be complicated. Some of the names used include complex adenoma, fibroadenoma and benign mixed tumour. In general, complex (mixed) tumours tend to have the best outlook (prognosis) and tumours arising from the ducts, the least favourable prognosis. Tumours may also be classified by the type of epithelial growth because this influences the probability of recurrence. The behaviour of a few mammary adenoma tumour types is difficult to predict, some are borderline malignancy and others occur at multiple sites. In general smaller mammary tumours have a better outlook but some tumours are very large but benign. 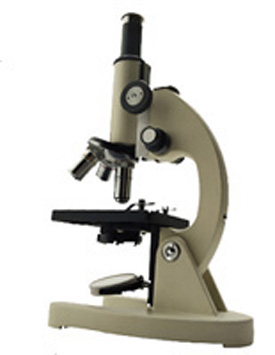 When will I know if the cancer is permanently cured?

“Cure” has to be a guarded term in dealing with any cancer.

It is very difficult to be certain of complete cure once your dog has developed mammary tumours but the following general guidelines may help. Mammary tumours are age dependent so an older female will have a higher probability of recurrence and the proportion of malignant tumours increases with age. There is also a familial incidence for tumours.

Multiple tumours are common.  In a very large and long study, 60% of female dogs had more than one mammary tumour and in a shorter study, approximately 25% of dogs developed more tumours following excision of one.  Growth in the different glands is usually multifocal not seeding.  It is therefore advisable to have your dog checked at intervals to ensure there is no regrowth of a tumour and no new ones have appeared.

Are there any risks to my family or other pets?

No, these are not infectious tumours and are not transmitted from pet to pet or from pets to people.