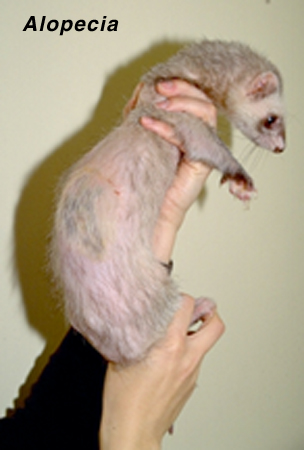 What are some of the common diseases of pet ferrets?

What are the signs of these diseases?

Diarrhoea is not a disease per se, but rather a sign of a gastrointestinal problem. In ferrets, there are several conditions that can result in diarrhoea. Internal parasites are a rare cause of diarrhoea in ferrets. Viruses are an increasingly common cause of diarrhoea in ferrets. Helicobacter musteli is a spirochete-type of bacterium that causes ulcers and diarrhoea in ferrets; similar spirochetes cause stomach ulcers in people and dogs although there is no evidence of infection from human to ferret or vice-versa. Proliferative colitis is caused by a Campylobacter bacterium and is treated with antibiotics.

Intestinal foreign bodies are a common problem in ferrets, especially those less than 1 year old.

Being curious creatures, ferrets commonly investigate, chew, and swallow many objects; most commonly rubber parts of shoes, furniture and mattress stuffing, rubber bands, pencil rubbers, and parts of dog and cat toys are chewed and swallowed. These obstructions are difficult to diagnose unless the owner observes the ferret swallowing the object or sees a piece of the object missing. They are hard to identify on routine radiographs (X-rays). Common signs are the same as with many ferret diseases, and include lack of appetite, vomiting, and lethargy. Vomiting of a severe, projectile nature is suggestive of a complete obstruction. 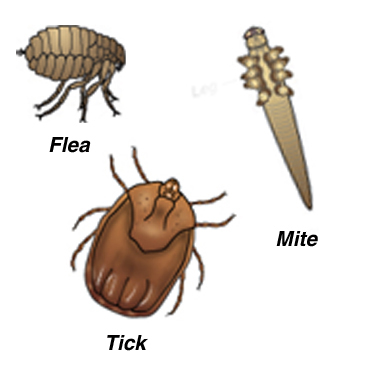 External parasites such as fleas, ticks, mange, and ear mites, can infect ferrets.

Unlike dogs and cats, ferrets contract cancer quite readily and early in life. Since early detection is critical to survival, every ferret 5 years of age and older should have a geriatric screening at least annually.

How can I tell if my ferret is sick?

Signs of disease in ferrets may be specific for a certain disease. Most commonly, however, signs are vague and non-specific, such as a ferret with anorexia (lack of appetite) and lethargy, which can be seen with many diseases including the many types of cancer. ANY deviation from normal should be a cause for concern and requires immediate evaluation by your veterinarian.